When I started running (around 10 years ago) I hated it.  Sincerely and absolutely despised it.  It was a means to an end, and that end was becoming a stronger mountain biker to better enjoy my time on the trails when I got out of NYC on the weekends.  Running was a chore.  Something I forced myself to do.  Next month, I will be attempting to finish my second 100 mile endurance run with over 20,000 feet of climbing.  Obviously, something has changed.

When I first started running, roughly a decade ago, going more than a mile was a battle.  I was never a runner as a child, hated it when I had to do it for school or sports practice, and never considered doing it for “fun.”  That was pure crazy in my mind; what about running could be “fun?”  On half a whim, half the prodding of some of my training partners, I decided to enter my first 5K.  I don’t honestly recall if I had ever run that distance prior to that race, but I know that I had never run it at a hard pace.

I recall the excitement and anxiety as I toed the line, eager to get started and at the same time completely nervous about what I was about to do.  I honestly do not recall my finish time, but I do distinctly remember the searing in my lungs and the euphoria of crossing the finish line.  I was pretty much instantly hooked on that feeling—of setting a goal and completing it.  Almost immediately, I began looking for longer races to push myself.  I wanted to run further, but at the same time I wanted to run faster.  In less than a year, I ran my first full marathon and the feeling of finishing that race was beyond addicting. 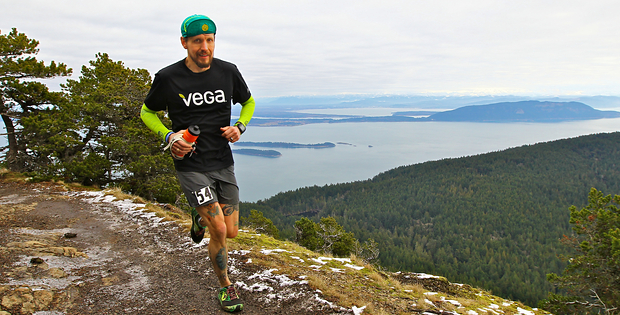 Running as an outlet

As I continued to run more marathons (with the intention of running in as many different places as possible), my training obviously ramped up in mileage.  For the record, I still didn’t enjoy it immensely.  Not yet, anyway.  But then, something strange started to happen...I found myself getting something more of out my runs, especially when I was stressed out, upset or had a lot on my mind.  Running became a catharsis for me.  An outlet, release and escape from my troubles.  Over time, I came to yearn for runs when I was going through challenging times.  The greater the stress, the more I wanted (and eventually almost needed) to run.  And the longer I would run.

Discovering the love of running

In 2011, I moved from New York City to Southern Oregon.  I honestly had no idea where I was moving to, or what I was getting myself into.  I joined local running groups and ran local 5 and 10K races to meet people, and quickly got sucked into trail running community.  I had never really done much running off roads (one or two trail races, but my training was almost exclusively in NYC, so pavement was all I knew).  I had no concept of hills.  Elevation change.  Climbing and descending.  Those 6 to 8 mile group runs out of our local running store felt harder than many of my long runs as a road runner.  But very quickly, I fell in love with the trails, with being in nature, and the suffering, punishment and rewards they gave on a daily basis.  That same year, I started running ultra-distance events, largely because it’s what people do out here, and the community I was running with was so supportive and encouraging, I honestly felt it was possible for me to push myself to run those distances. 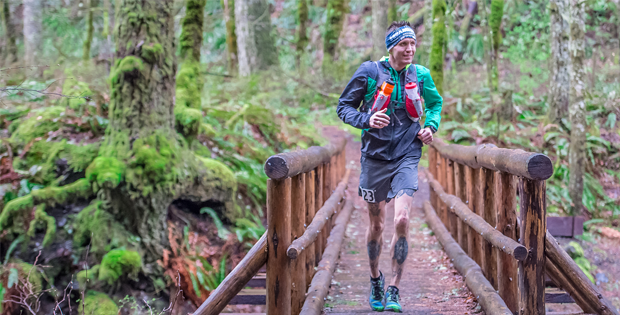 What running has done for me

In the past year alone, my mother has been diagnosed with cancer, and continues to keep fighting.  Her spirit inspires me to push myself, to never give up, and to keep focused on the positive.  Her strength is something I constantly draw on.  A few months ago, my fiancé left me a few months prior to our wedding date.  This was completely out of left field for me, and absolutely devastating.  I shudder to think what I would have done had I not had running.

The old me had much less healthy coping mechanisms, was self-destructive and never really helped me get through my problems.  I’ve been fortunate to have my sport to fall back on, the trails are my therapy, and have allowed me to get through some of the biggest battles of my life while remaining positive and focused on what I am grateful for.  I urge everyone to find their “thing.” For me it’s running.  It’s what keeps me sane, focused on what I can change and accept what I cannot, and allows me a healthy release for my stresses and burdens.  If you can find that, that one thing you are passionate about, you will develop a true love for whatever that is, and it will always love you back.

Joseph Chick is a Project Manager for a non-profit by day, with an educational background in both psychology and business.  He runs up to 10 races a year, usually with one “focus race” each year (this year is the Tahoe Rim Trail 100 in July, where he hopes to improve on his Pine 2 Palm 100 time from last year). He is inspired by anyone who is trying to push themselves, be it for a top 10 finish at a 100 mile race or someone running their first ever mile.

Recently, Joseph lost his mother.  He is dedicating the Tahoe Rim 100 run to her memory and will run it in honor of her amazing positive attitude, her love for living life to the fullest, and most of all, all the amazing gifts she has given this world.